Days before the French Open began in May, Carlos Alcaraz, who had just turned 19 at the beginning of the month, said that he would like to win one of the three remaining Grand Slams.

Audacious, you’d think, even for someone who had just celebrated his 19th birthday by defeating Novak Djokovic and Rafael Nadal on different days to win the ATP Masters title in Madrid and climb into the top 10. The Spaniard, though, has always been a man with huge aspirations, big words, and bigger possibilities. The upcoming tennis superstar? It might be time to remove the question mark at this point. In the year-ending Slam, Alcaraz won the US Open championship by defeating Norwegian Casper Ruud 6-4, 2-6, 7-6(1), 6-3 in the final to start his Slam tally. This triumph backed up his ambitious goal with outstanding tennis.

The youngster became the youngest player to ever hold the top position in the ATP rankings as the win propelled him from world No. 4 to the new No. 1. Since Nadal (also 19) won the French Open in 2005, he has also been the youngest male Grand Slam champion.

Alcaraz’s age-defying achievements this year have drawn comparisons to his fellow Spaniard, who is 17 years and 21 Slams older. And only minutes after the final had ended, his most recent act beneath the New York City skyline had even the 36-year-old up and tweeting. Nadal thanked Alcaraz in Spanish on winning the No. 1 Slam, holding the No. 1 ranking, and “culminating your first amazing season, (of) which I am sure will be many more.”

Federer made his Slam debut in 1999, but it took him four years to win his first Major at Wimbledon in 2003. Two seasons after competing in his first Grand Slam in 2003, Nadal won in Paris at the age of 19, and it took Djokovic four tries in Melbourne to win his first Australian Open title in 2008. Alcaraz has made a stunning turnaround from falling in the first round of qualifiers at the 2020 French Open two years ago to plunging into the Slam success sea in just his ninth main draw participation. 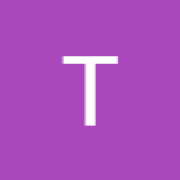